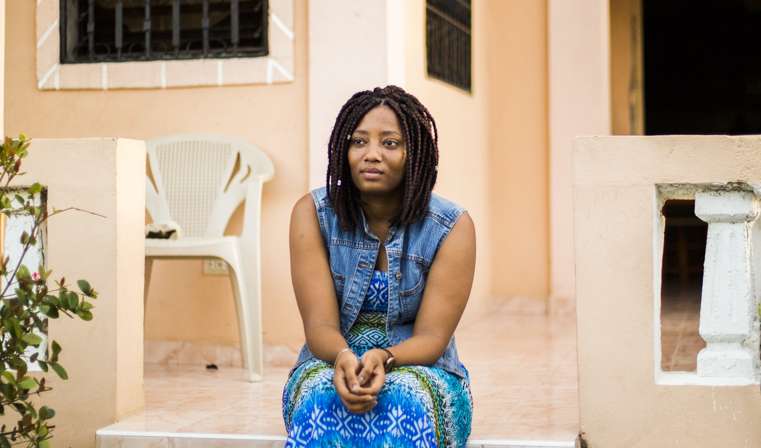 The story below comes from a woman named Wadley. Here at 410, we consider her to be a hero, Wadley doesn’t consider herself a hero but an instrument of God. We encourage you to read her story below and see just one example of how incredible God’s plans were, when Wadley met our 410 Bridge first responders on a washed out Bridge in Port-a-Pimet Haiti.

The following was graciously written by Wadley…
“It is Saturday, October 8th. My brother and I were traveling to the South to see my family after Hurricane Matthew, when I met Mr. James, Mr. Kenneth and the other staff of The 410 Bridge organization in Port-a-Piment. I approached the group. I was touched to see the speed at which they intervened, while the government, who had only hovered over the department had not even bothered to land yet. I realized Mr. Kenneth, Mr. Tony, and Mr. James had been there for some time but could not cross the river because the bridge had been washed away. Communication was impossible to the other side of Port-a-Pimet. I was impressed, it had only been 4 days and they were already there. We began a conversation.

They asked me to bring a message to my father, he is the President of the Leadership Council in the community of Kalapa. The council was to send a boat the next morning to meet the people of The 410 Bridge, and to draw up a white flag with a red cross to allow a barge carrying first aid to be able to identify where it should land. The message was clear and simple, my mission was simple or at least appeared.

After saying goodbye, my brother and I began crossing the high, swollen river when a tractor offered us a ride across, we accepted gladly. It was not easy with the holes and the force of the water but we succeeded. When we got down, I tried to find a motorcycle taxi for the rest of the journey but to my dismay, there was nobody. No motorcycle. We took the road with determination but within minutes this determination would weaken. The distance between the deck and the house of my family was 10 minutes by motorcycle normally, but nearly an hour later we were not yet halfway. The road was impassable because of the trees, debris of houses, and dead animals. At times we had to hold our breath because of bad odors. Walking became increasingly difficult because of the high tide, sand covered the road, I could not walk more, my feet were hurting and becoming sensitive. 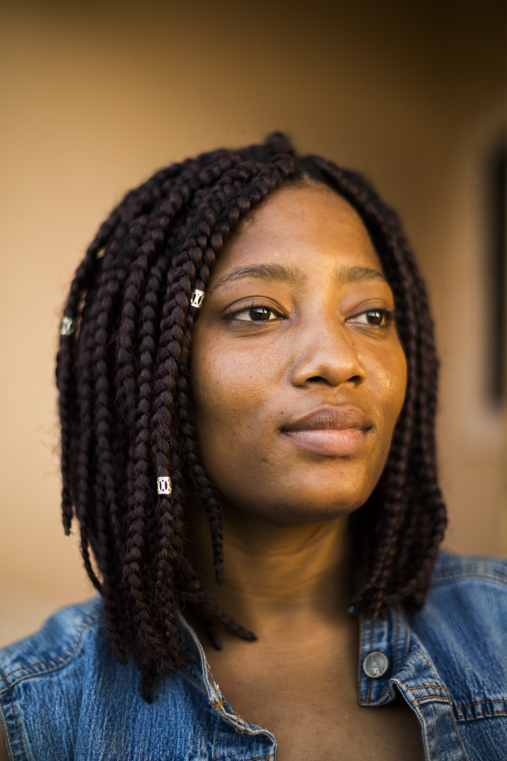 Wadley posing for a photo at her parents home in Kalapa, Haiti.

Encouraged by my little brother, I pursued the road although more slowly than before. At one point I cried (I must admit) I was so tired. I could not call my parents to tell them that I was on the way. If it depended only on me, I would have made myself shelter in a house not too damaged but I had a message to carry to them. The road was long and hard but about 2 hours after crossing the river, we finally reached home. I greeted my parents and imparted the message entrusted to me. That night we talked for a long time, I told them about my journey and they explained to me how they experienced the hurricane. We went to bed very late. Around 4 am, my father awoke to bring water and bread I had given them, to others in the community and to find a boat that could pick up the 410 Bridge staff and bring them to us. My mother took the opportunity to make the flag with a white bed sheet and two red curtains. I helped with the thread and needle because it was still dark. People we hosted in our guest house, helped us to draw it in the daylight. 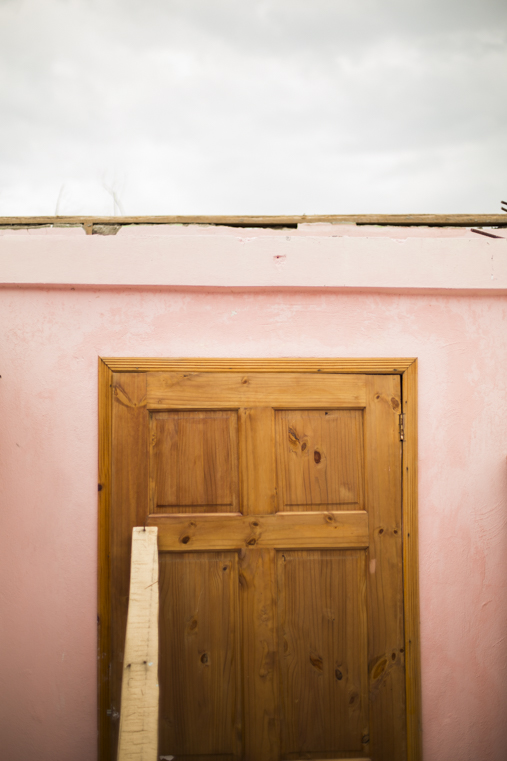 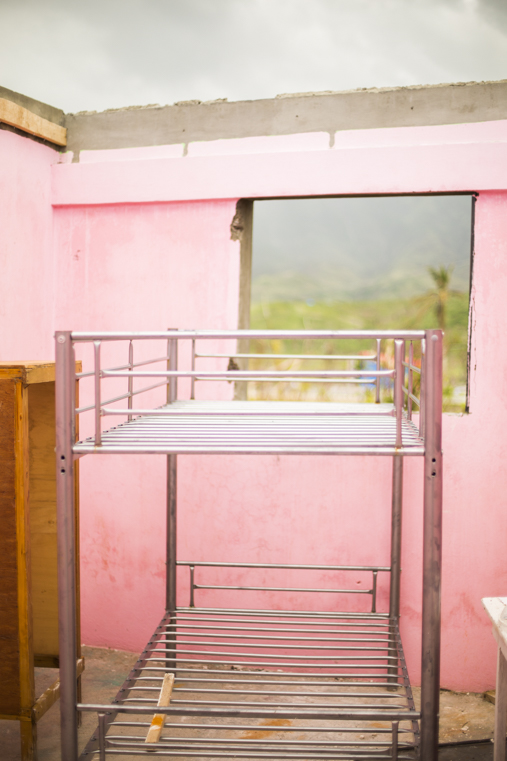 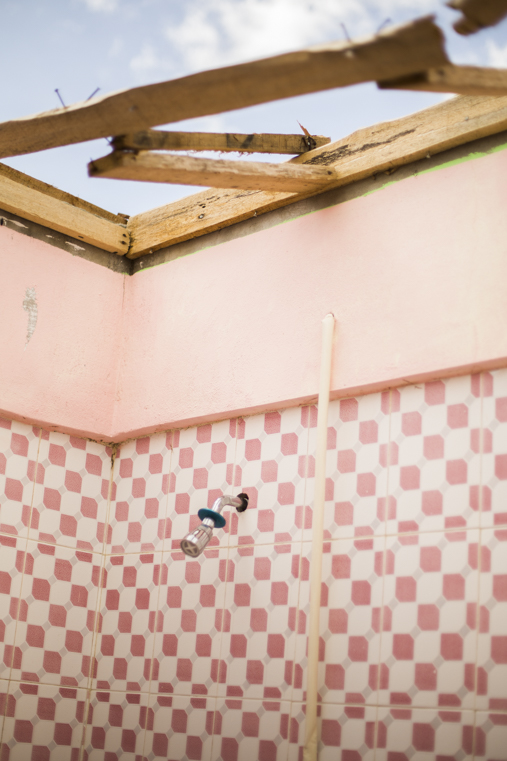 Later that day, the 410 staff finally approached by boat. Mr. Tony was planning the arrival of the barge carrying the aid and he reminded us that 410 Bridge will not forget us in prayer. Although the general community is not Christian, my family is, and knowing that people are praying for us is comforting.

It is encouraging to see how much you appreciate the efforts I made but I do not think of myself like a hero as you say. I am an instrument in the hands of God, as all of you. I’ll explain why – in fact, I had discussed this with my parents the same night I met with the staff of The 410 Bridge…

I don’t live with my parents but I learned about 410 Bridge from them. A few months before, my mother asked me to accompany her to the 410 Bridge office in Tabarre. I didn’t refuse. That’s where I met many of the staff members of the organization. If I had not visited the office that day, I would have been crossing the river in Port-a-Pimet on one side and 410 Bridge staff to the other, and no one would have recognized each other. God in His omniscience had planned this visit so that when the time came to cross that river, I would see the 410 Bridge staff and be able to bring the news. We are all instruments in God’s hands.

On behalf of my community, I thank you. A big thank you for being by our side in these hard times, either through your gifts or your prayers. I know God will surely bless you and use you.” 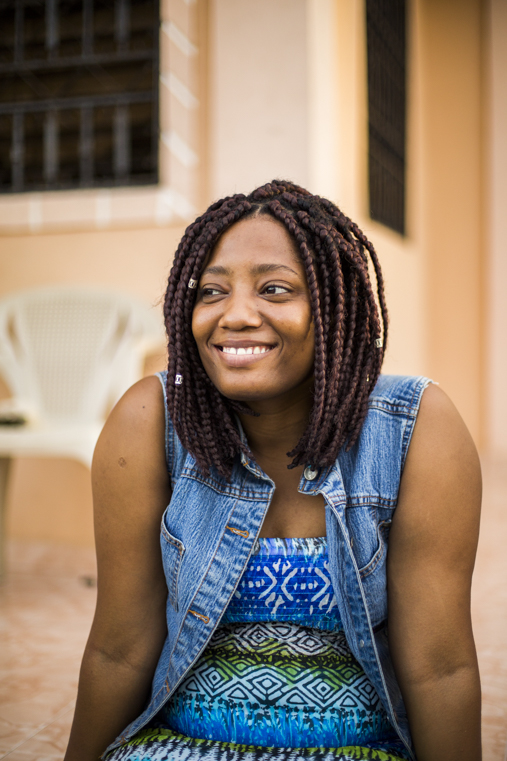 Wadley’s determination to continue on to her parents house saved lives. Because of the flag that was created, a barge carrying relief and aid supplies was able to reach that area, people who had suffered extremely serious injuries were able to be transported to a hospital, and food and water was distributed to families who were going on a week without anything. We believe this was all the power and the plan of God, and what a greater story than this to share this Christmas season. If you are interested in helping provide families in communities in Haiti with the ability to restore and rebuild their livelihoods, please check out our Chicken & Egg Initiative and buy chickens for families this Christmas.