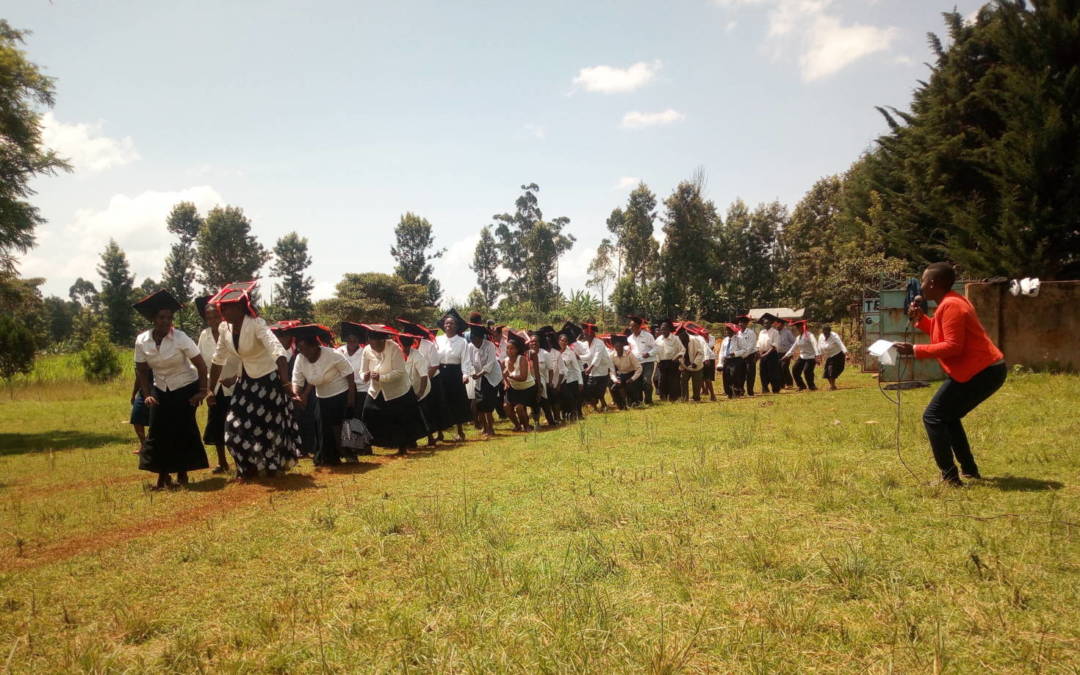 This is a raw report sent to us by our Kenya 410 Bridge Staff.

In February 2020, a Foundations for Farming training was held for 63 community members in Tumutumu. 75% of those people were women trainees, the rest were men.

The community’s level of participation was very high shown by the level of attendance. This was attributed to the implementation of the concept by the previous trainees who acted as ambassadors of the program in the community. The results were evident as most of the trainees no longer buy vegetables as they have kitchen gardens within their compounds. This has allowed households to begin savings accounts which are transforming lives and families within the community. With all previous Foundations for Farming courses in Tumutumu taken into consideration, the impact has reached about 600 people in the community!

Esther Ruiru is a beneficiary of this most recent training. She has quite a busy schedule having attended a Business Start-up Training course and therefore she ventured into several businesses among them a farming business. Esther now has acquired the skills she needed to manage her farming business. As a youth, she now realizes that farming can be done with joy by practicing conservation agriculture which doesn’t need a lot of energy as compared to conventional agriculture.

Marian Ngubia is another beneficiary of the training. Before Foundations for Farming, she used to purchase water daily at a cost of 100 Shillings. After attending the first week of training, she took advantage of a resource she received called the money map and talked to her husband about how they could control their spending. Marian’s husband was then inspired to repair their abandoned well, which allowed them to begin fetching water on their land again and save the money they had been spending. They have started a savings account and after some months, they will invest in a poultry project. Marian is very grateful for the training which came in handy to address the challenges she has been experiencing.

Thank you to everyone who supports and prays for the community of Tumutumu! You are making a lasting life change that goes far beyond just one person or family. We couldn’t do what we do without you, thank you!