In my new book – If You REALLY Want to Help – I share a story of an object lesson we’ve been using with community leaders since the beginning of 410 Bridge. It goes something like this… 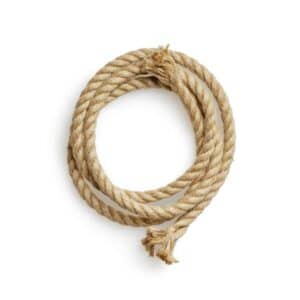 When we meet with leaders in the early days of a partnership, we present a long piece of rope and ask one of the leaders to hold one end of the rope while we hold the other. We use the rope to describe their community’s relationship with 410 Bridge by attempting to move the leader by pushing the rope. While we’re pushing the rope, we ask the leader at the other end why he’s not moving! The illustration gets lots of laughs.

The solution was obvious: for us to go anywhere together, the leader had to pull us. He also had to know where he was going; meaning he was a good leader with a vision. If he leads, and we follow, we can go a long way together.

The illustration, while simple, has been effective. Unfortunately, it’s a major blind spot in the West and how we engage the poor.

We (the West) don’t ask. Even if we do, we typically don’t listen.

We have the money and the idea, and therefore we think it should be done our way, at our pace. After all, we know better, and they (the poor) should be grateful for our help. Right?

But what if we paused, and instead of rushing to the solution we became learners? What if we truly saw ourselves as guests in their community who were invited (literally) to walk with them on their journey of development?

The answer is clear, and we see it happening in 410 Bridge communities around the world. Communities mobilize without us; not waiting for us to do ‘for’ them. They lead. We follow. They own both their problems and the solutions. Our role is to be a catalyst for change and to help them go further, faster. We do not direct, control, or sustain.

This happens in every successful 410 Bridge community. But that’s the easy part. The hard part is on our side of the bridge.

We in the West tend to be impatient. We have a love affair with efficiency. Time has authority in our world — we expect things to happen quickly and efficiently — because after all, it’s our time and money that made this happen. Right?

Here’s an actual story of what this looks like. It’s just one of many.

Several years ago, a group of American doctors visited one of The 410 Bridge’s communities to work in a health clinic that the community built with many of their own resources. It was from this trip that I came to learn just how well the leaders in the community understood the rope illustration.

The volume of patients who visited the clinic on the first day was much smaller than any of the U.S. doctors expected. So they asked the local leaders, “Why aren’t more people coming to receive medical care from us?”

“It may be that they cannot afford to pay,” their hosts replied.

This was entirely unacceptable to the U.S. doctors. They reminded the leaders that they hadn’t traveled this far at such great sacrifice and expense to charge people for medical care. Afterall, they were on a mission trip, and they expected their services for free.

The leaders clarified as graciously as they could that, no, they did not plan to pay the doctors, but for the clinic to survive, they had to charge a small fee to cover the resident nurse, security guard, and most importantly the medications. But the doctors refused to listen. 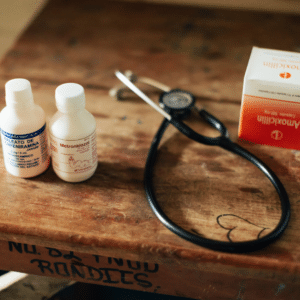 Their church was a sizable donor to the project, and they simply would not offer their assistance any other way; thinking, once again, that they really were helping. The local leaders stood firm at first, but as almost always happens, they eventually capitulated. Word quickly spread that the medical care was free. The next day, huge crowds showed up and kept the team busy. At the end of the day, many people left the clinic having never seen a doctor.

The rumblings of frustration in the community reached my office within a week after the well-intended doctors returned to their practices in the States. They left the clinic having dispensed all the medication and leaving the community with no way to replenish their stock or pay the staff.

Whose Clinic Is It?

During my next visit, just weeks after the doctors had departed, I attended a ‘spirited’ meeting with the leaders. They said, “you say that this clinic is ours. You say that you expect us to lead our community and indigenously sustain the development. Yet when Americans come, they act as if the clinic is theirs because they helped us build it.” They continued, “Your team of doctors did not listen or respect our leadership. Please tell us again, is this clinic ours, or is it yours?”

It was the right question.

I apologized and reinforced that the clinic was their clinic and that we would make it right by helping them replace the drugs that the doctors dispensed for free. I was grateful that our friends were bold enough to confront us and to challenge the Western donor’s mindset that, while well-intended, undermined our goal of enabling the self-developing capabilities of the people.

The community graduated from their partnership with 410 Bridge years ago. Today, they continue to sustain their clinic without outside resources. They’ve done the same with their water projects, school, and other community programs.

I love to see leaders and their communities recognize that they are, in fact, empowered and gifted by God to do more than they ever thought possible. That can only happen when we, on this side of the bridge, separate what we give, and how we give it, from our need to feel good about ourselves.

In his book – If You Really Want to Help – Kurt lays out a fresh blueprint for redefining the war on poverty, how to win it, and how we fight the battle together. His book will be released February 28, 2023 and is available here.

By Kurt Kandler on January 16, 2023   /   Blog Category 1, Community Development, Featured On Homepage, General, The 410 Blog, Trip Participants, Uncategorized, Where We Serve, Who We Are   /   Leave a comment