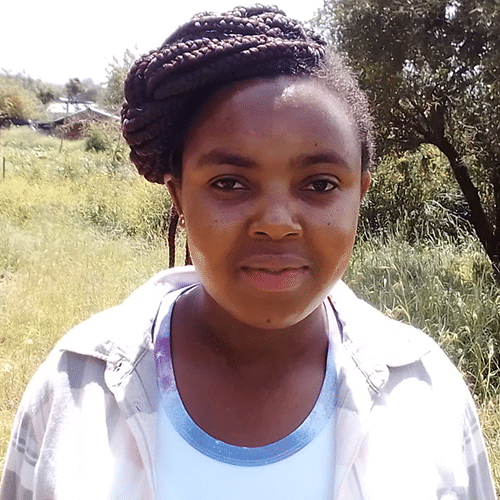 Although Victoria was still a young child, she was responsible for excelling in her academics and her chores. She lived with her two young nieces and aunt, helping care for the home and their livestock. Victoria would share whatever food she had with her nieces during the evenings, which was never enough, but they did what they could to survive. If they were fortunate to have food for dinner, they would quickly inhale as much as possible, each wanting the most significant share. After dinner, they would all climb into a tiny bed they shared; a blanket covered in holes from being pulled in every direction was all they had to keep warm. The nights were cold, so they kept close to each other, even when the youngest would often wet the bed.

Victoria would wake up before the sun rose during the weekdays to prepare for school. Often, her family did not have the means to give her a meal to eat for lunch and would advise her to try to find something when the time came. But just like any other child, the weekends were always her favorite.

On Saturdays, Victoria would walk her family’s four cows, eight goats, and three sheep to a large community field so they could graze. To keep her occupied, Victoria would carry sisal materials with her to make a rope to sell on her way back home.

After the cattle would settle, she would look for a leafy tree that offered cool shade and a place to rest from her long journey. There, shielded from the blistering sun so her bald-shaved head would not get burned, she would make rope after rope until all her material had been used up. Her dog and sidekick, Simba, would help keep the wandering goats in line, as well as keep her company.

Although the water she packed would bring her quick relief from the sun and her empty stomach, she would often be forced to search for wild fruits nearby, so she could sustain any energy she had left. As she lay under the trees, eating wild berries, Victoria would dream of a life much different than the one she lived. More than anything, she dreamed of venturing far beyond anywhere where people spoke her native language. Victoria hungered for a life full of ease and tasty meals that would fill her belly and beautiful dresses like the ones that adorned the models in her magazines.

But soon, the unforgiving sun would wake her from her dreams, and she would begin the long journey back to her community where her livestock could drink water from the local dam. As usual, the sun was scorching hot, and the soles of her feet burned with every step she took. To help ease the pain and cool her burning feet, she would often resort to stepping in large piles of cow dung.

Her heart was happy watching the young calves leap for joy as they reached the water dam. She saw so much life in the young calves and yet she envied them for having water to enjoy. Victoria, already covered in dirt and muck from the journey, would most likely not be able to bathe when she returned home, as the family’s water supply was scarce. She would have to wait until morning, as showering before the church was customary.

As the years passed, Victoria she knew she wanted to better herself and live a different life. She wasn’t sure exactly what that would look like, as her exposure to the outside world was limited. She knew the best careers were teachers and nurses but couldn’t help but be fascinated by the thought of becoming a pilot, so she could fly and soar high above the sky! Her dreams were big, but her family’s ability to make them come true was small. She would look around her and see nothing but poverty. Her empty belly made it difficult to focus on studies, and the lack of quality education discouraged Victoria. However, her teachers and family would constantly support her big dreams, and the encouragement she received from her teachers helped give her hope. They could see the light in her; she was bright and capable if given the right opportunity. 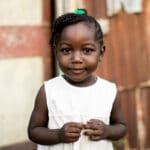 There is no better way to engage in our work than to walk alongside a child on their journey of development. 410 Bridge’s unique approach to child sponsorship eliminates the barriers to quality education for 100% of the children living in our communities, not just the sponsored few. It’s another example of the paradigm-shifting approach to how we engage the poor. We can’t do it without your help.