Employers Are Better than Employees

The True Backbone of Development

I used to think that education was the backbone of development. I was wrong. It’s economic development.

Sure, education is a critical component in breaking the cycle of extreme poverty, but the reality in the communities where 410 Bridge works is that the primary barriers to quality education can be eliminated by lifting household incomes. 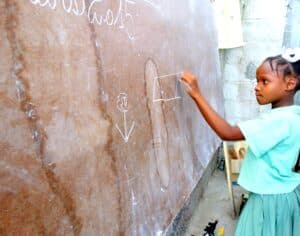 A family’s inability to afford school fees or a uniform are examples of why a child doesn’t attend school.

Kids are dependent. Even if we’re successful in lifting the quality of education in a school, those initiatives can’t be indigenously sustained without adequate resources within the community. That’s one of the reasons why economic development trumps education as the backbone.

But here’s the thing… Most folks, when they think about improving the economic situation, limit their thinking to jobs. People need jobs, and an educated workforce is essential for people to get employed. The prevailing wisdom is that if we invest more resources in education, more people are employable.

They’re not necessarily wrong. But the problem in rural developing world communities is that large employers do not exist. The only way to find employment is to move to urban centers and, unfortunately, finding a job in the city is more of a myth than a reality, so the cycle continues.

That’s why we see more success when we help create employers, not employees.

In my new book – If You REALLY Want to Help – I share a story of Morrine that illustrates the point. 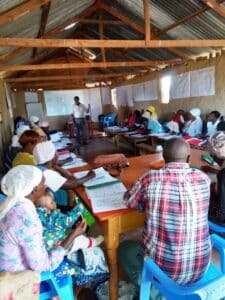 Morrine lives in a rural Kenyan community where the average household income is less than $2.00 per day. Morrine attended and graduated from 410 Bridge’s Business Start-up Training (BST).

She was in a class with 25 entrepreneurs from her community. At the time, she sold chips (french fries) at the back of a trading center. She had one small fryer and was struggling to make $10 a month.

During the training, she learned basic business skills that taught her how to sustain and grow her struggling micro-business. By continually identifying new opportunities, Morrine transformed her business to a restaurant serving different types of food. Her initial investment was $35.

Morrine hired 2-3 of her neighbors to work in her restaurant as she launched her second business – a salon & cosmetics shop.

Within 18 months, Morrine employed eight of her neighbors. If you do the math, Morrine’s initial investment of $35 now generates over $1,000 of increased household income for nine families. That’s 2x more than the average household income.

Morrine affords her children’s school fees and sponsors other children in her community to attend school.  And just so you know… According to the Global Poverty Project, women reinvest up to 90 percent of their incomes back into their families and communities (compared to just 30-40 percent for men). 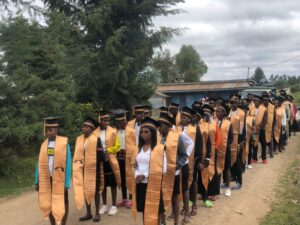 The best news is that there are dozens of people like Morrine in her community, and thousands more in other 410 Bridge communities. People with potential stories of true transformation – economically, socially, and spiritually.

Francis in Kiu… Wholesaler / distributor. Initial investment – $10. Within a year of his training, he employed two people, generating $400 of additional household income every month.

Chris in Kahuria – Cinema and billiards. Initial investment – $5 and a small TV. He employees four people, generating over $500 of additional household income every month.

[Side note: I met Chris several years ago and was so impressed with his story that I included it in my book. He told me, “Before the BST training, I was a nobody. I was an orphan who had nothing. I was a nobody. But today I am someone! I even have a wife. I own one acre of land that I farm and I’m working on getting my second cow.”] 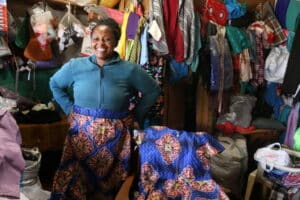 Milkah At Her Own Shop

Here’s my point… The 410 Bridge is redefining the war on poverty. We’re re-defining what it means to win it, what it means for the people living in extreme poverty, and most importantly, how we fight the battle together.

Part of the ‘redefining’ means we need to rethink traditional thinking. Investments to create employers is not just better educated, but unemployed, employees, is one of the ways that we’re doing that. Simply educating the next generation isn’t good enough.

The people we serve are capable, industrious, and creative. They are the solution to their poverty problem.

In his book – If You Really Want to Help – Kurt lays out a fresh blueprint for redefining the war on poverty, how to win it, and how we fight the battle together. His book will be released February 28, 2023 and is available for pre-order here.