Have you ever been to a nursing home, or elsewhere, and met an elderly person who claimed to be some outstanding number of years old? Anytime I visit a nursing home at least one person claims to be well over 100. I found this was universal, as I came across many people making the same claim during my week in Haiti. Many of the elderly folks I spoke with at the Kalapa Medical clinic would tell me that they were over 100 years old, then a few moments later would say they were 54 years old.

On the second day of the medical clinic, I sat with a friend and translator named Marie, who asked Bernadette how old she was, she replied, “88.” Marie was briefly interrupted by someone asking her to translate a medicine dosage to a patient. When she turned back to Bernadette, she repeated the question a second time, “how old are you?”. Marie was doing this as a test to see if Bernadette’s answer would remain the same. Bernadette replied with a confused look and said, “Didn’t I just tell you…I’m 88!” We had a good laugh, but I’m sure she was wondering if Marie and I were the ones starting to lose our minds. 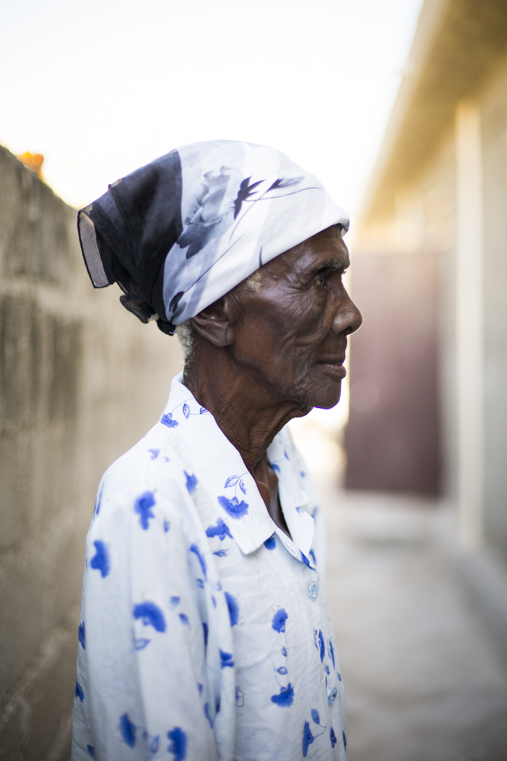 Bernadette waiting for her son outside of the medical clinic – Kalapa, Haiti.

After asking about what brought her to the clinic that day, Bernadette began to tell us about her hurricane experience. “A man that lives close by me died in the storm, but God saved me” she told us.

Bernadette grew up in Kalapa and has lived there her whole life, now with her daughter and three grandchildren. During Hurricane Matthew, some families decided to flee their homes to escape the rising flood waters and waited out the storm on a mountain side, exposed to the elements. Bernadette’s family decided not to run to the mountains and remained in their home. She told us that when her house finally fell, they were completely exposed to the rain and wind. Keep in mind, the storm raged without let up for 9 hours straight, through the night and early morning.

Bernadette, her daughter, and grandchildren collected debris after the storm to build a temporary shelter for themselves until they have the means to build something more permanent. I asked Bernadette how we as The 410 Bridge and our tribe can be praying for her and she replied, “Please pray for my health, my family, and this country.” 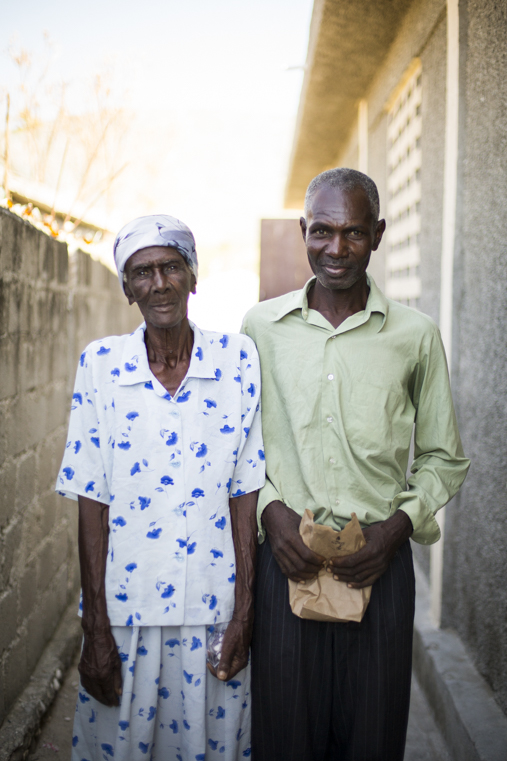 Bernadette with her eldest son.

With the holiday season upon us, it’s so easy to get wrapped up in the bustle of gifts, holiday parties, and other things that try to take our attention away from what Christmas actually meant for the world. Will you pray with us this holiday season for Bernadette and her prayer request specifically, as well as the many thousands of families in Haiti recovering from Hurricane Matthew? If you would like to give a gift to a family in Haiti this Christmas, please check out our Chicken & Egg Initiative.